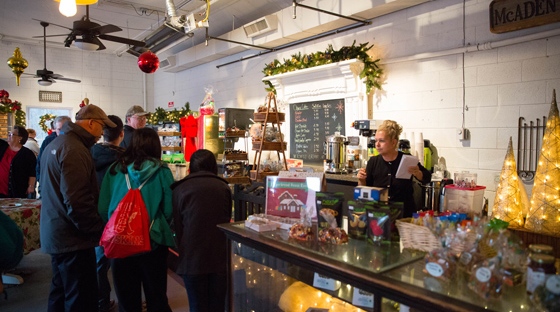 Everything felt Christmasey at this Christmas town except for the weather, it was exceptionally nice and warm when we visited McAdenville last night. McAdenville is a small textile town near Charlotte, North Carolina. We have visited McAdenville the last several years, and the traffic was unbelievable long. I took my sisters and nephews visiting from New York there one year and we sat in traffic for over 2 hours, and was only turned away because it was late and the town were turning off their lights. This year we went early, and feel kind of odd to say that I was disappointed that we didn’t get stuck in traffic, we got there before the traffic rush. This gave us more time to visit McAdenville Community Market.

We went with Bo’s parents and niece, and it has been a while since Na went on a trip with us. 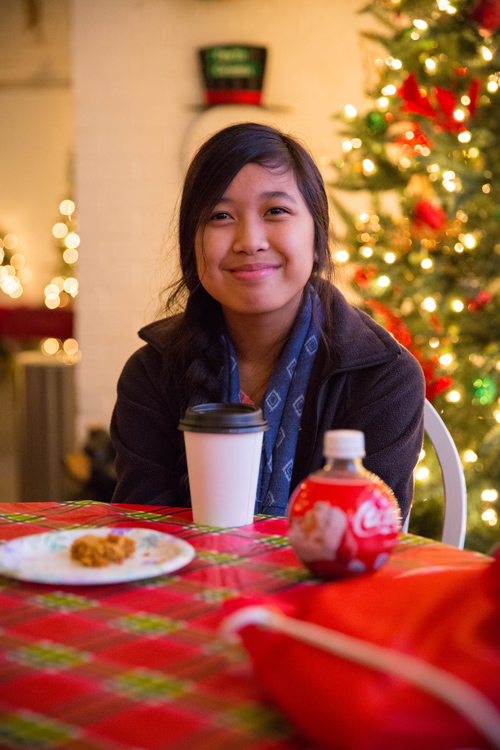 This is a new look for Lee, she is wearing glasses now. Lee said they have one of the best Cinnamon pumpkin cookies that she had in a long time. 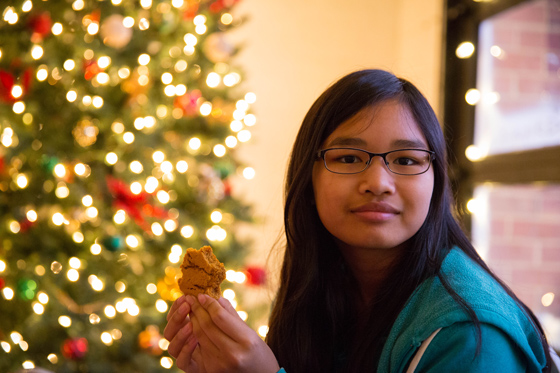 During the daytime McAdenville looks like a typical textile mill town with lots of old brick buildings.

Many people were using their cell phones to take pictures and videos, Lee took video clips with her iPad.

We parked our car and walked around, many drove through town to see the Christmas lights.

The town looks pretty during the blue hour. The blue hour is the period of twilight each morning and evening when the sun is a significant distance below the horizon and the residual, indirect sunlight takes on a predominantly blue hue. This effect is caused by the relative diffusability of short blue wavelengths of light versus the longer red wavelengths. The blue hour period is typically about 40 minutes in length when red light passes straight into space while blue light is scattered in the atmosphere and therefore reaches the earth’s surface. It was not part of the plan to be there during the blue hour, but I’m glad we did and I was be able to capture these images. I had my tripod with me, and shot with low ISO100 to minimize any digital noise.

This one has digital noise shooting at ISO20,000 at 1/80 of a second, I couldn’t ask Bo and Lee to freeze their smiles for a minute. I don’t mind the noise, it’s better to have a noisy image than a blurry image in my opinion. 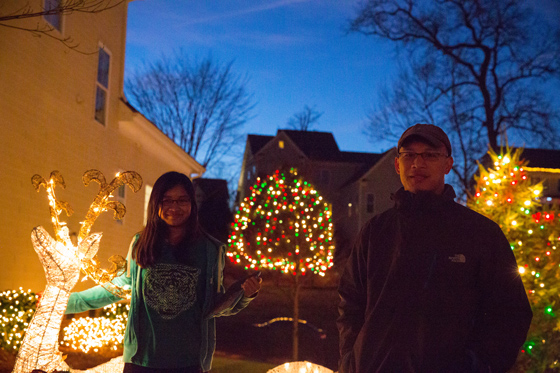 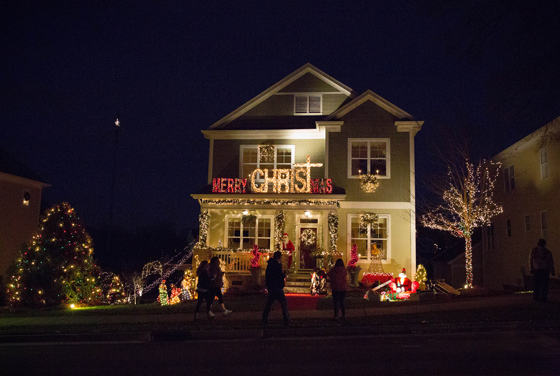 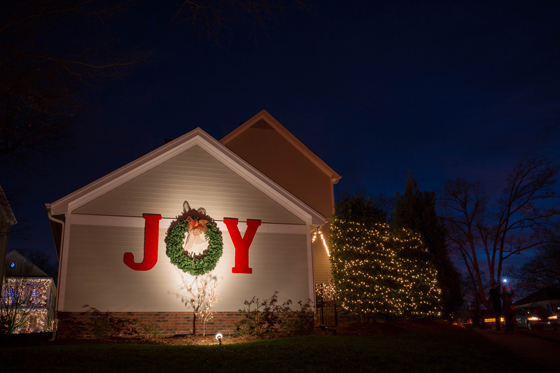 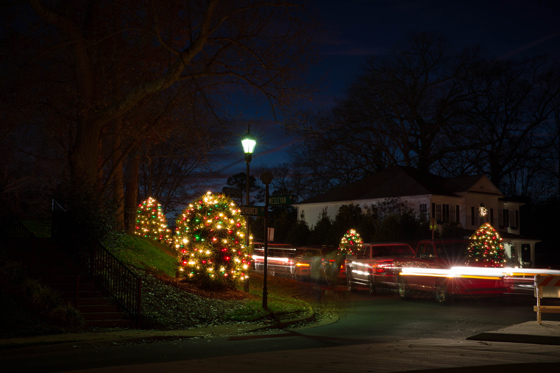 I posted these photos in the order I took them, and you can see the transition of the night sky. I have to say that the Christmas lights look so much prettier during the blue hour. 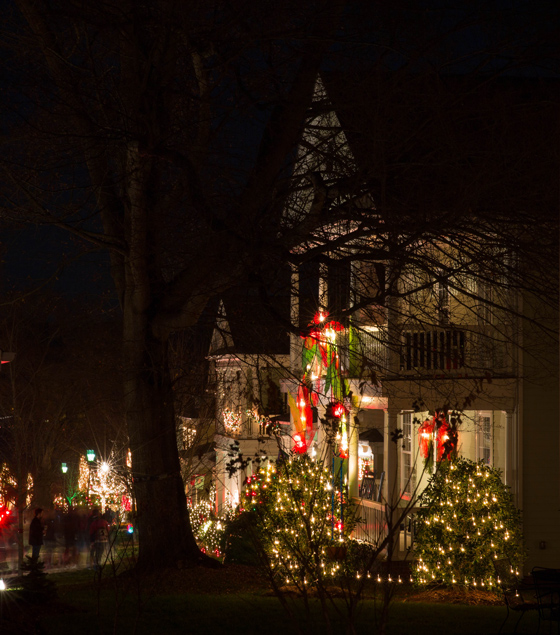 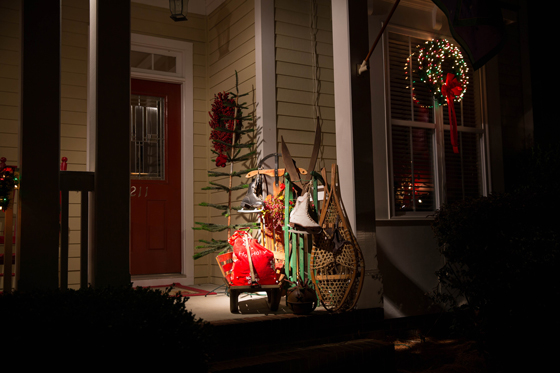 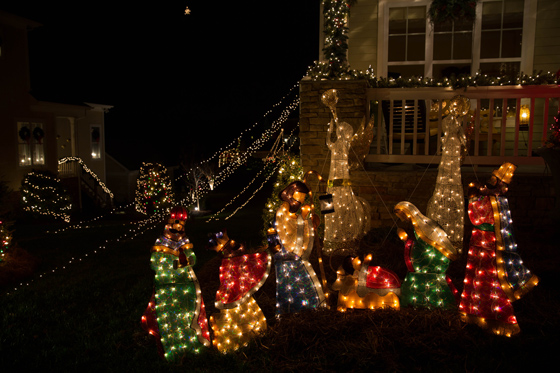 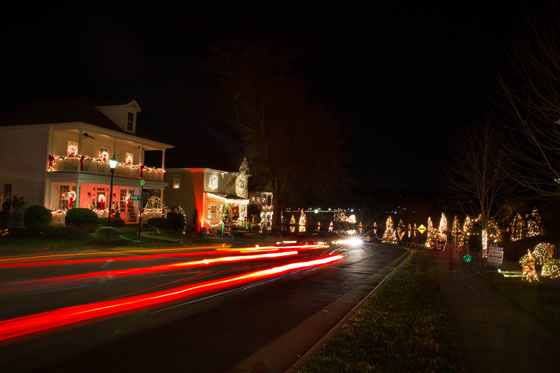 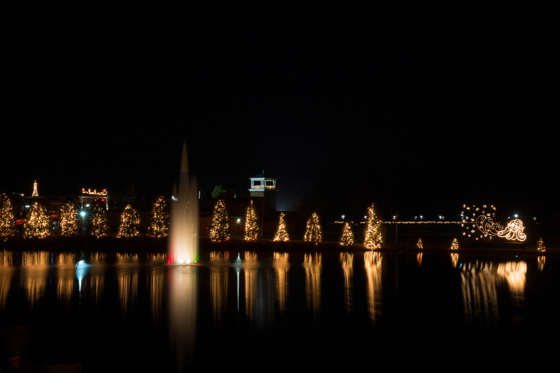 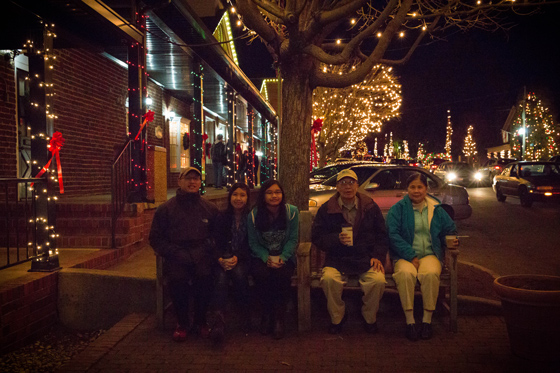 It’s amazing to see McAdenvill lit up at night.