One of the things about a Lao Birthday party is that being punctual is not a big deal and the party seems to last forever. You get there whenever and there’s plenty of food. I think I got over my food allergy, funny that the last time I had it was in 2005, a reaction from a flu shot and it lasted for a year.  This time it only lasted for 6 months, and hope that it’s the last time.  It would be very sad for me not to be able to eat Lao food anymore, especially at a gathering at PaNoy son’s birthday party. There were so much food, and I didn’t do too bad after eating what’s on my plate, 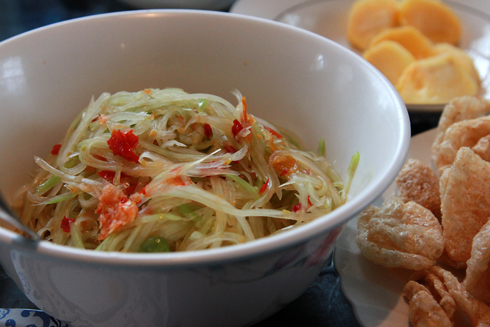 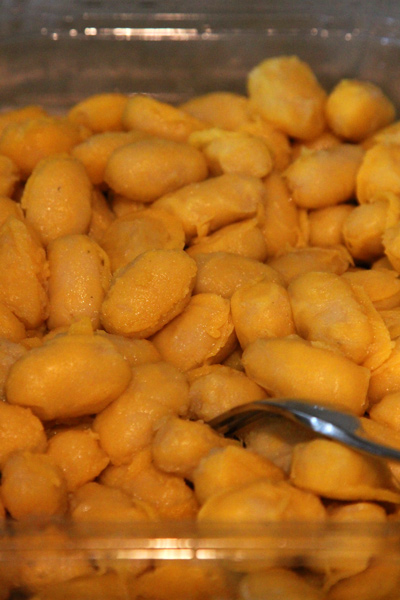 PaNoy made a seafood dish for us with freshly picked herbs from his garden, it was delicious by the way.

And the birthday boy, as you can see he had a great birthday.

And not so happy younger brother. 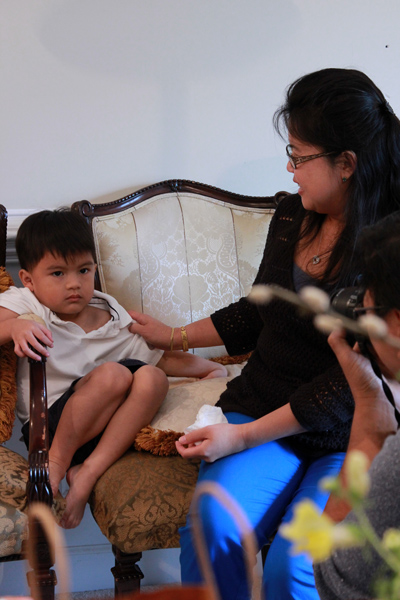 I was not happy with the set that I took, actually very disappointed since my camera doesn’t do too well indoor since I don’t like to use flash, and shooting at ISO 3200 would be optimal in low light situation but there’s so much digital noise that I took my chance and shot at ISO 1600 and the result was blurry when there’s a lot of movement. I had to delete more than half, but there are a few nice photos and after cropping and editing they didn’t look too bad. I still don’t have a solution to my problem, perhaps it’s better to have some digital noise than a blurry image.