A friend has asked me to compare the image quality between my two cameras.  My first camera was a Canon XTi and I bought this for my Laos trip, it has 10.1 megapixels.  The camera came with a kit lens and the image below was taken on April 24, 2008. I was standing right below the nest and even on top of a chair to get closer.  This was not a good idea and the mommy and daddy robins came to chase me away, I almost fell of a chair. I knew then that this was not going to work for me.

I was so unhappy with the quality of the image, the clarity was not there and I couldn’t zoom in close enough to get the image that I want and that’s when I decided to buy a walk around wide angle lens EF 24-105mm f/4L IS USM. Notice I didn’t waste any time, this image below was taken on May 2, 2008 standing from the inside of my house shooting through my window. This is exactly what I’m looking for, but sadly the lens cost more than my camera. 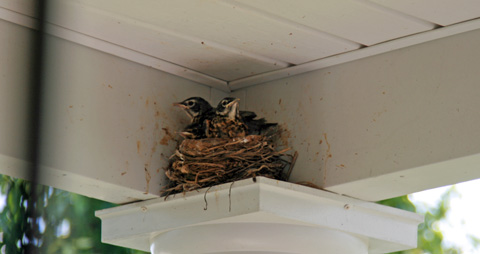 The image below of Lee was taken on July 2008 with my old XTi at Wat Lao Buddhavong in VA.

Then this image below of Lee was taken on April 2010 with the T2i, it has 18.0 megapixel, and note that I’m still using the same lens.  I was actually very happy with my old camera and the only reason that I upgraded was because I was looking for a better video camera.  The point and shoot didn’t do a good job as the image was too small and I didn’t have the ability to adjust the focus like the way I wanted, here is a video of The Exhibition, Torn From Home: My Life as a Refugee that I shot with my Nikon CoolPix S630. The T2i video feature seems to work better for me, less gear to carry around also and I’m very happy with the video quality that the T2i has to offer.  This video of Lyra Shines shows the true 1080HD that the T2i has to offer, note again that this is not the kit lens.

July 2009 at Wat Lao Buddhavong taken with my old XTi

July 2010 taken with T2i, notice that the image is a lot sharper.

July 2008 at Wat Lao Buddhavong taken with my old XTi 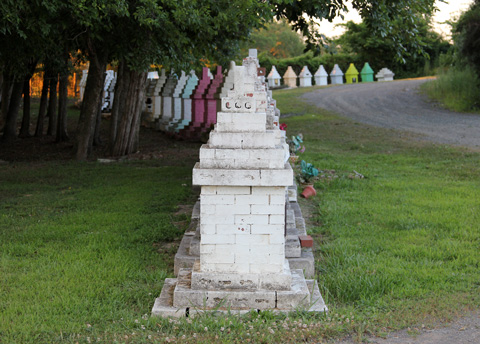 July 2008 at Wat Lao Buddavong taken with my old XTi

I’m very happy with the image quality of the T2i, and now learning to use the manual setting on my camera.

If I have a choice and can do it all over again, I would choose the Canon EOS 7D 18 MP CMOS Digital SLR Camera with 3-inch LCD and 28-135mm f/3.5-5.6 IS USM Standard Zoom Lens.  This has everything that I need, whether it be the 1080HD movie feature and the price is about the price of my camera plus the lens.