Got Lost in the Corn Maze

We finally got to visit the Foothills Corn Maze yesterday afternoon.

Matthew and Lee didn’t know which way to turn, so they decided to take turns in choosing direction, I just followed.

Our first mailbox clue, “he will show.”

We weren’t sure if it were going to be sunny at first since it called for rain in the morning, and a good thing that it didn’t, the temperature was in the 70s.

They put down fresh hay early in the morning, some areas were still muddy. 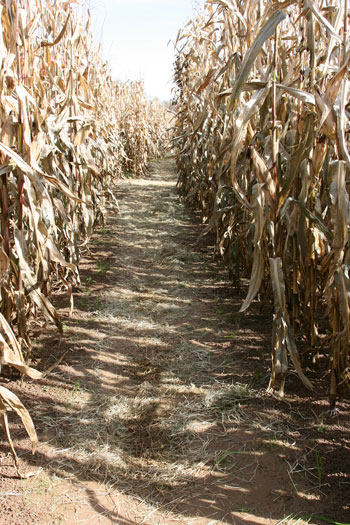 Our check station#1, there were 3 total.

Our next mailbox clue, “you which.” 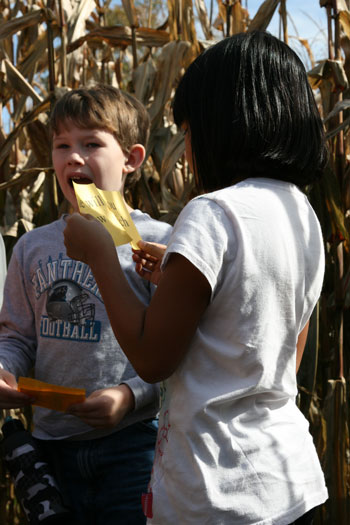 Our check station, Lee was ready to look for another clue. 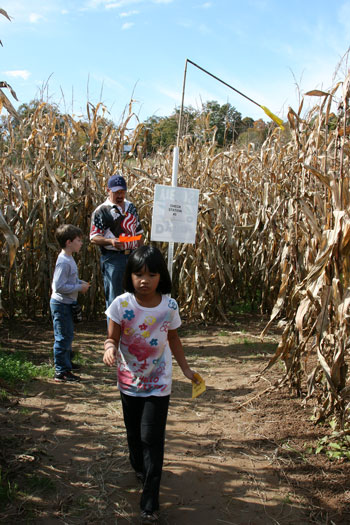 They found another trivial question.

This one I knew from blogging about Ethanol oil, it asked, what is an alternative fuel that comes from corn? Biodiesel or Ethanol? closeup image of the trivial question.

Another mailbox, the clue said “Seek his.” 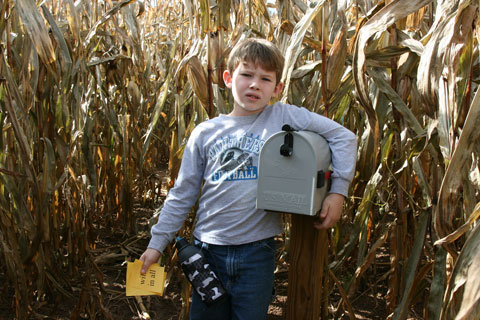 Trivial question, I kind of thought that the answer was 87 million acres of corn planted in the US this year.  This corn field alone is 10 acres, and 6 acres were turned into this corn maze.

Mailbox clue, “will in all”, and this was the last one that we found, we were missing two clues, we found four out of six clues and all we got was “he will show…you which…seek his…will in all…”  I kind of thought that it was one of the bible verses, “Seek his will in all you do, and he will show you which path to take,” but we were not getting them in the right order.

These corns are for chicken feeds, the last day that they will open is on Halloween and they will be opening late, so this should be spooky and fun.

We had made so many turns, and many wrong turns, I kind of felt like we were going in circle.

Then we saw what appeared to be the exit, but only to find that it was the entrance, Lee was too tired and we didn’t attempt to go back. I didn’t know how we got lost when we had the map.

The ride to the pumpkin patch. 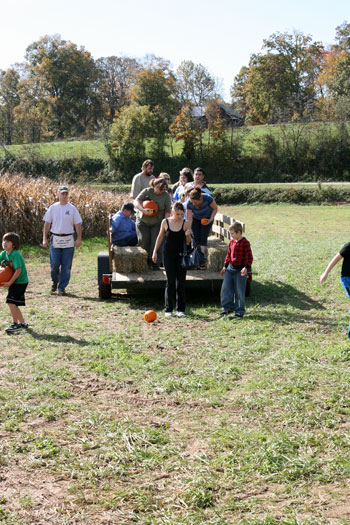 It was a nice ride, but kind of rough at time where it was muddy. 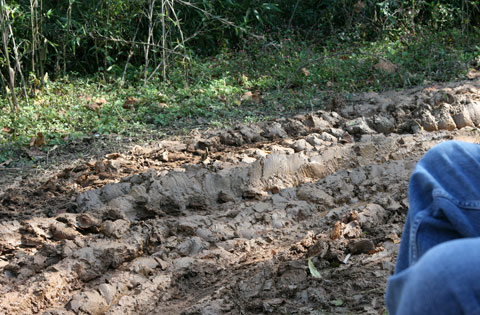 A nice view of the corn maze. 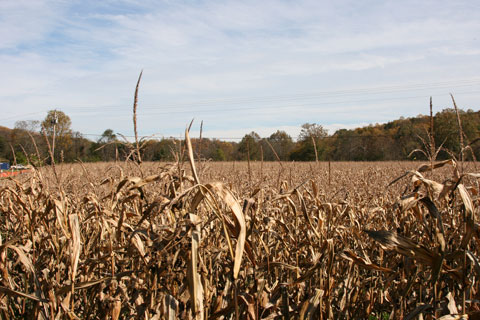 The pumpkin patch was not as big as I thought, I must have watched It’s the Great Pumpkin, Charlie Brown too many times, but Lee was excited and she bought 1 big pumpkin for $6.  Bo helped her carve the Jack-o’-lantern when she got home. 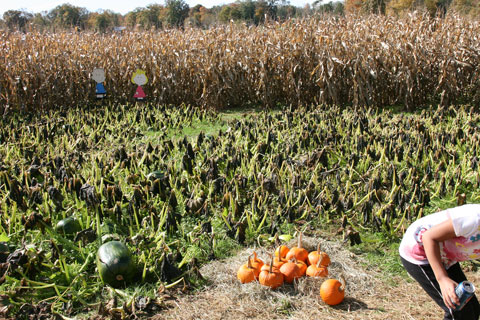 Matthew picked out a big one also.

Lee carried her pumpkin long enough for me to take her picture, I had to carry it for her the rest of the way. 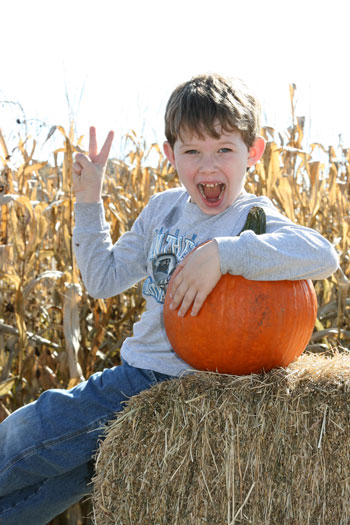 Lee was singing a cowboy song, “Riding a cowgirl…” and waving her imaginary cowgirl hat in the air. 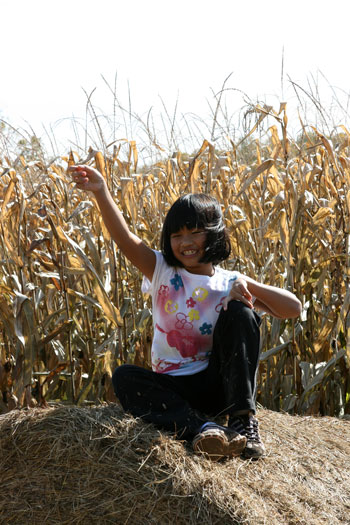 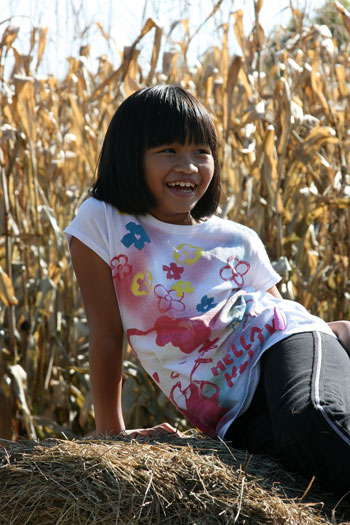 Next year we need to visit in September where the corn stalks would still be green.