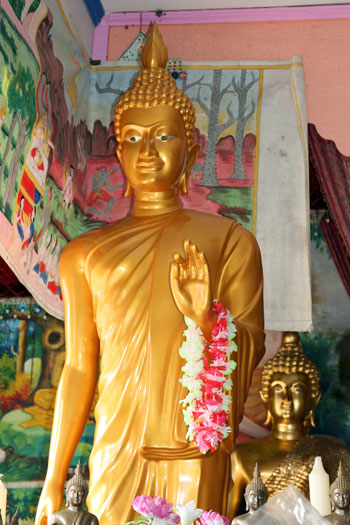 Today was Ork Punsa at our local temple Wat Greensboro, also known as Greensboro Buddhist Center, but tomorrow is the day that marks the conclusion of the Rains retreat. The tradition of Buddhist Lent or the annual three-month Rains Retreat known in Laos and Thailand as Punsa, which dated back to the early Buddhism in ancient India, this is the time where monks spent three months of the annual rainy season in permanent dwellings. This is to avoid unnecessary traveling during the period when crops were still new for fear they might accidentally step on young plants. According to our sermon today, in the ancient time, the Lord Buddha left earth for 3 months to visit his mother up in heaven, he wanted to show his gratitude by chanting for her during this Lent period, and the day of Ork Punsa was the day that he returned to earth, and all the people came to greet him. It is also considered inauspicious to get married or move house during the Lent period, but after Ork Punsa, the calendar is open for weddings.

As I’ve mentioned before, according to our Buddhist belief, Tuk Badt or Alms giving is believed by many that it’s a Boun (merit making) of life, that they’ll live a long and healthy life, which technically speaking, by Tuk Badt, they’re offering foods to the monks to sustain their livelihoods.

Today’s Alms giving is called Tuk Badt Tayvo, its an old Thai tradition of Alms giving where the Buddhist worshipers would lineup and the monks come by to collect Alms, I’m not sure if it’s called the same in Lao. This made me think of the time that we lived in Kamphangphet, Thailand, we would Tuk Badt Tayvo with rice grains, and dried foods that way it would not get spoiled because there were long lines of Buddhist worshipers and hundreds of monks collecting Alms, it’s a beautiful sight to witness and to take part in the ceremony. 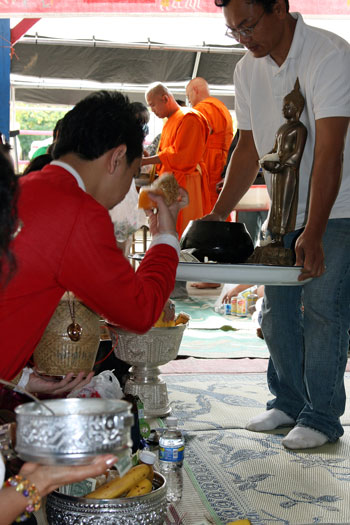 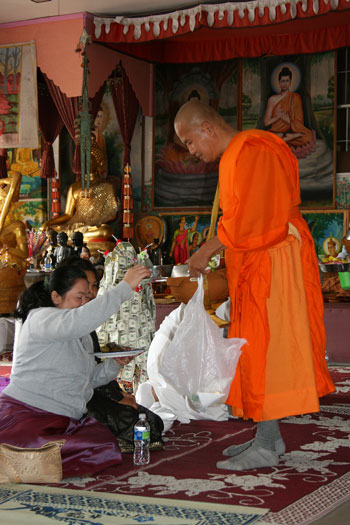 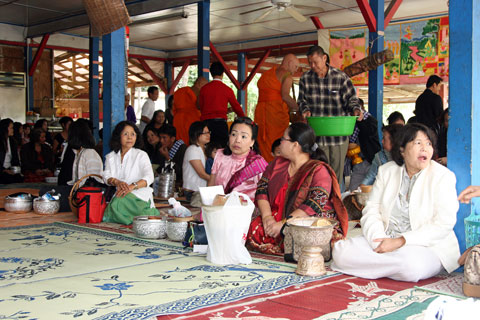 The foods were brought in by Buddhist worshipers to offer to the monks for their midday meal. 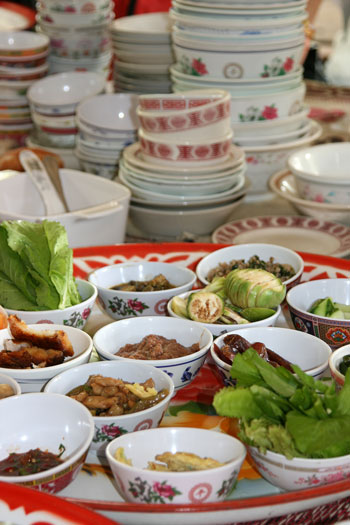 The money trees or Tun Phapa were presented to the temple by individuals, this time we had 3 trees. 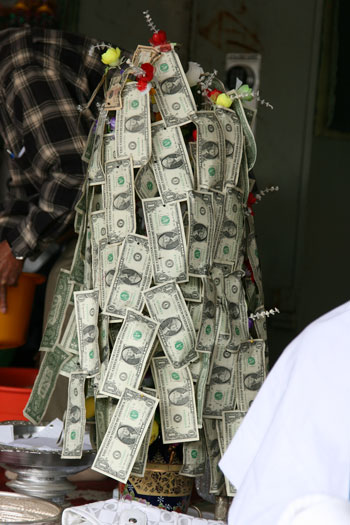 We finally have a rough draft drawing of our new multipurpose building that I mentioned earlier, this includes the bathroom, and kitchen.  It has not been approved by the city, but hopefully it won’t be long before we hear the good news.

This is my favorite time of the year to visit our local temple, it’s harvest season  for the persimmons. 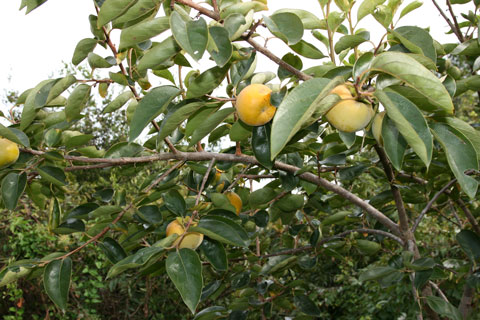 Also harvest season for chili peppers, plenty on sale at the temple.

We had a good turnout today, the next event is Kathin Ceremony, also known as the ceremony of presentation of the yellow robe to Buddhist monks is next Sunday, October 11, 2009 at 9:30 AM, this time they’ll have an outdoor concert as well, this should be fun and everyone is welcome.