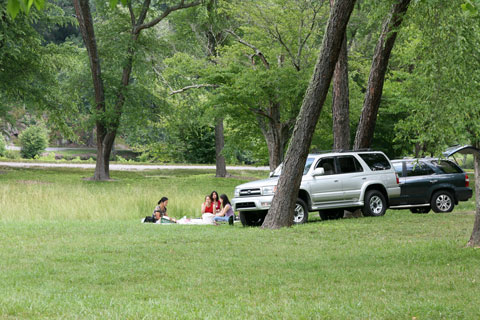 It seems like I’m going backward with my photos, I took these photos first.  We got to Biltmore Estate around noon time and found a place for our picnic.  Apparently we weren’t the only one, and there were several that were there before us. 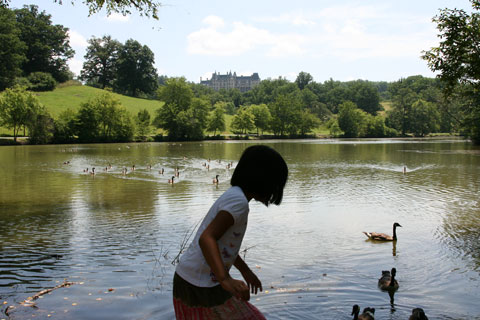 Seeing these Canadian geese made me think of the story that my mom told us when we were little, it’s a real life story of a man in her village of Sakon Nakhon Province in Thailand.  She said that there was a man from her village that sat by the pond gazing at a herd of ducks, he was just hanging out and relaxing by the pond.  He was then approached by a Chinese man, and he asked if the ducks belong to him.  The man from the village said yes, and offered to sell the ducks to the Chinese man.  The Chinese man then bargained and they finally settled on a price and the Chinese man paid for the ducks, the man from the village left and went home happy as a lark.

The Chinese man took the spot of the village man, he continued to sit there gazing at his newly purchased ducks, very proud of himself that he had gotten such a great deal on them.  Then that evening, the ducks flew away, left him with nothing, and couldn’t get his money back because he didn’t know where the man live.  I’m sure lesson learned for the Chinese man. 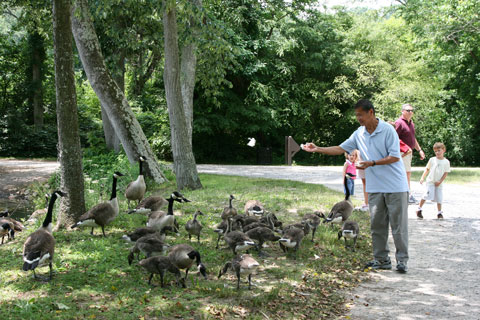 4 thoughts on “Canadian Geese at Biltmore”