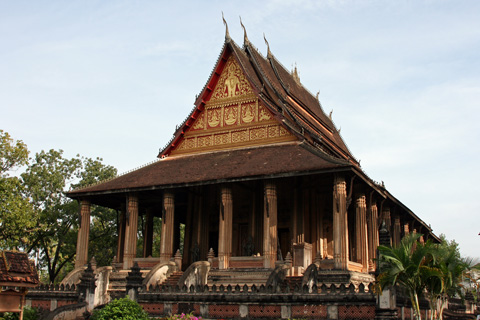 Hor Phra Keo was reconstructed in 1936, and since the 1970’s, the temple has not been used for a place of worship but rather has been converted into a museum, which contains the collection of the Ancient materials, such as the finest examples of Buddhist sculpture and artifacts in Laos.  There is no picture of the inside because picture taking is not allowed. 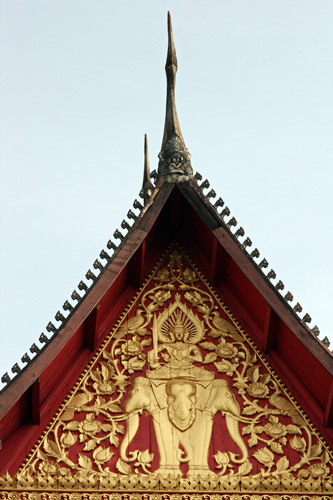 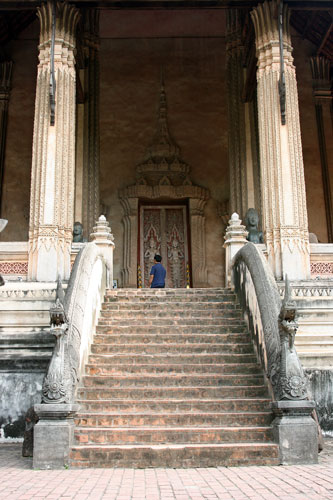 What I find fascinating are these Buddha statues, they seems to be missing something.  Some Buddha statues have rounded heads, commonly seen in Japan and some have pointy-heads, which is something that the Lao and Thai people are familiar with, and one of the monks at my temple once explained to me that the pointy-head symbolizes bright, or smart (houw lam).  So, as I was looking at these Buddha statues, they’re missing the pointy head, and to me, it appears as if they were taken or cut off.  I’m thinking that it might have been made out of gold, and when the Siamese took the Emerald Buddha, they might have also removed and took the golden tip of these Buddha statues as well, but this is just my speculation. I’m wondering what you thoughts are on this. 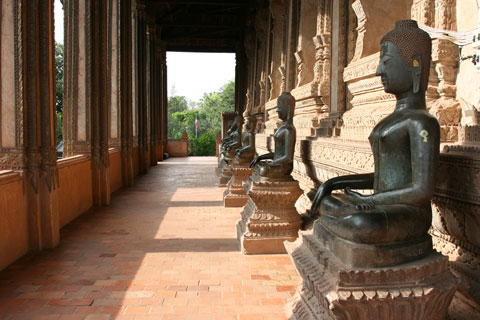 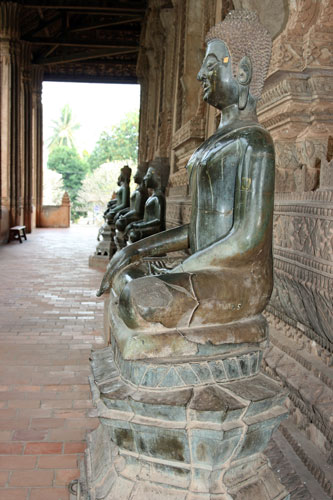 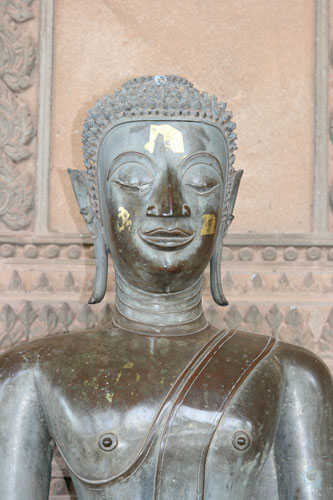 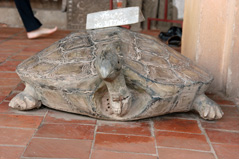 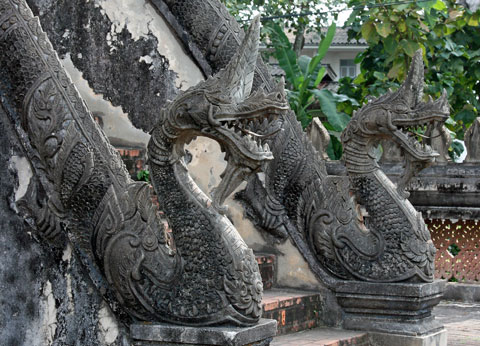 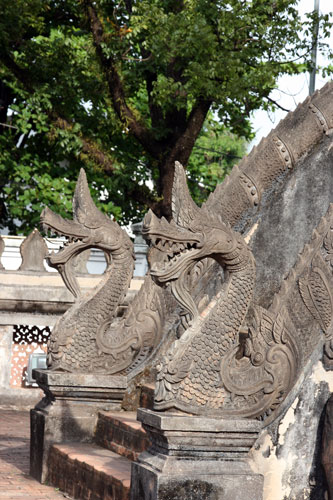 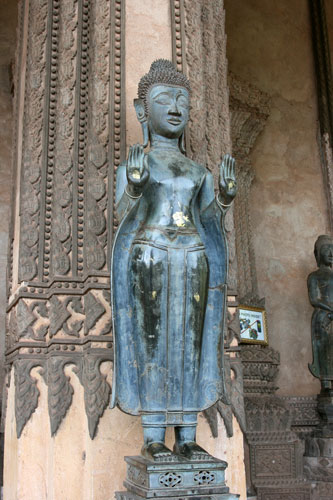 This might be the closest to me when it comes to seeing the Plain of Jars. 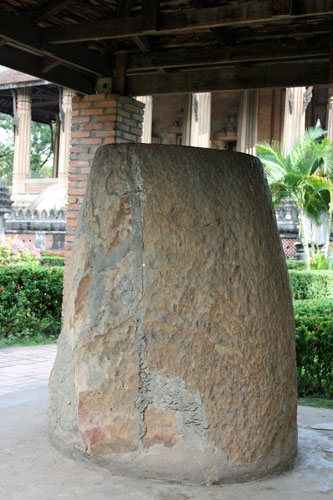 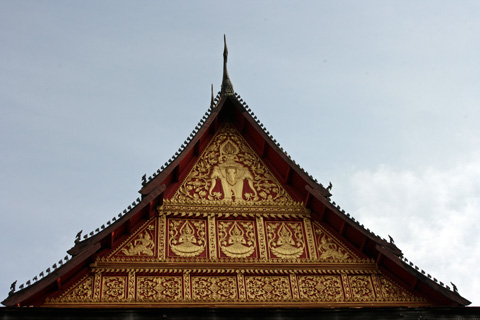 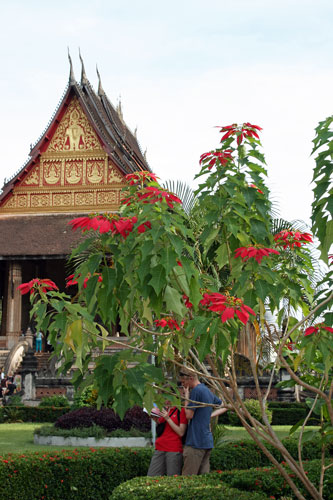 10 thoughts on “Hor Phra Keo, a Place That Once Housed the Emerald Buddha”