These photos of the rice paddy were taken today, but I’m not going to talk about the rice paddy. [updated 9/25/2008, I wrote a post of Clearing the land, and how rice straw can be converted to Ethanol fuel, and also other alternative uses.]

A lot has happened recently, as we move forward to the new season, the wind of change has swept the crisp autumn air, and to some, this is the season that you’ve been waiting for, but to others the cruel, cold reality is staring right at you.

How would you like it if all this time you thought of yourself as the mighty oak tree, and woke up one morning and found out that you are the weed. 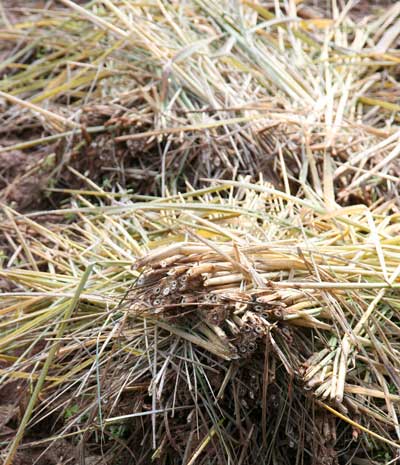 Of course, this is not me, in a sense, I do feel like it’s me, and that I might be a weed somewhere, but that’s another story.

As for now, I’m talking about one of my co-workers, the one that washes her sandals in the dishwasher, she often came to work with emotional baggage. She seems so unhappy, but some people are not happy unless they complain about everything, and I do think that she is that type. I often wonder why they didn’t try to work with her, she only has one more year before her retirement, I stuck with her for over 8 years and survived, why can’t they keep her for another year?

She is a good worker, extremely efficient and a perfectionist, and I do have to say that we share the same work ethic. I believed it’d be hard for this new person to fill her shoes. I don’t think she is the weed, but more like the mighty oak tree, but I often wonder if it’d be more to her advantage if she were more like a bamboo tree that sways in the wind.

6 thoughts on “Wind of Change”