It was nice on Friday morning, so Tuk Badt (Almsgiving) was held outside in front of the Sala Houng Tum (main temple), the Wat (temple) provided items for Tuk Badt, and you can Busa (donate) $5, or some brought their own, and since we live far, we Busa the items for Tuk Badt. 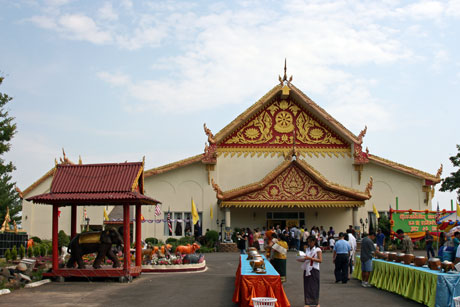 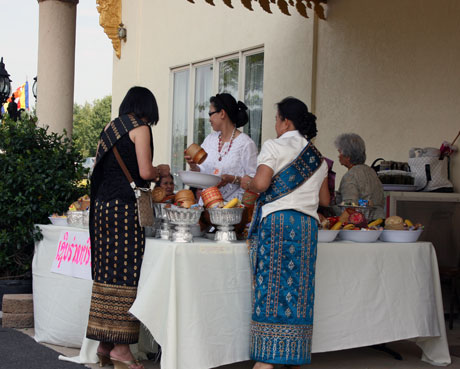 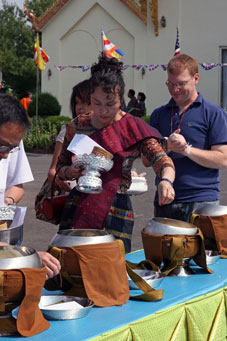 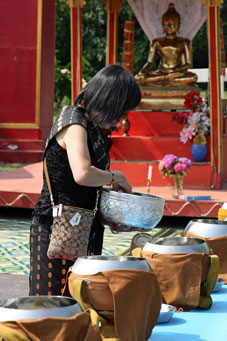 On Saturday morning, it was cloudy/drizzle so Tuk Badt was held inside the Sala Houng Tum. Tuk Badt is believed by many that it’s a Boun (merit making) of life, that they’ll live a long and healthy life; which technically speaking, by Tuk Badt, they’re offering foods to the monks to sustain their livelihoods. 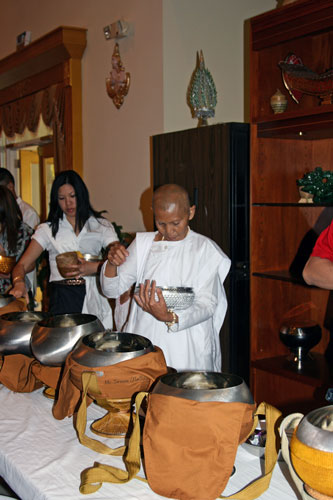 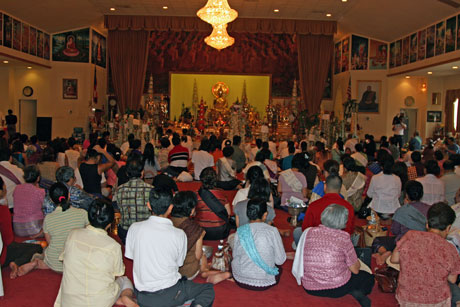 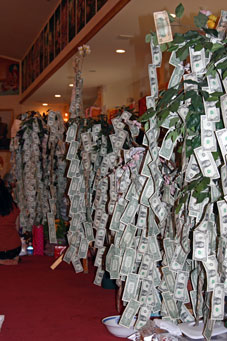 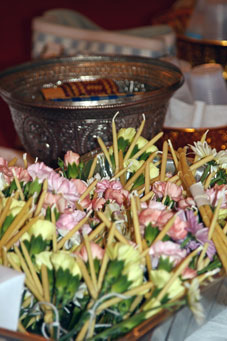 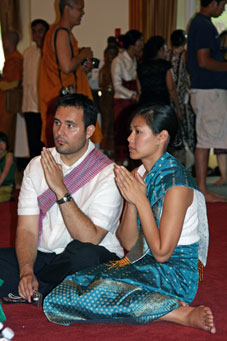 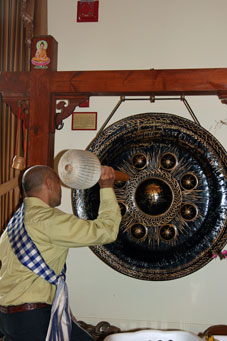 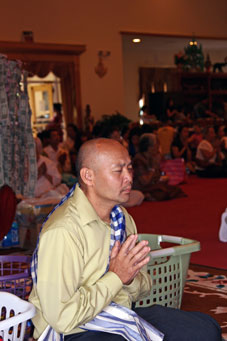 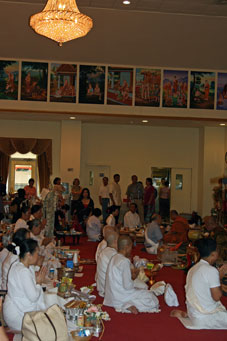 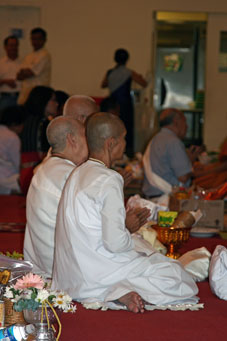 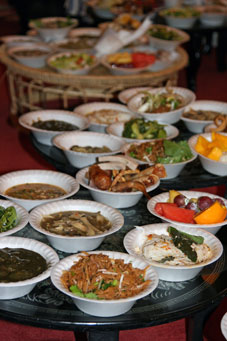 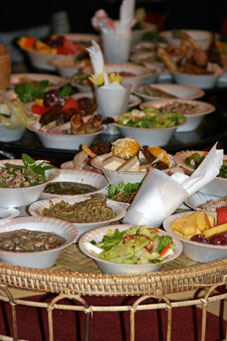 Boun festivities at Wat Lao Buddhavong are always loads of fun, but if you look around, this is also a final resting place for passed loved ones. As for some, it was by choice, they might have visited this place while still living and fell in love with it, but regardless of why they are there or your religious faith, we all believe that it is their final resting place, even if they are no longer there spiritually. Even though they don’t share our world, I truly believed that they miss us as much as we miss them, so don’t forget your passed loved one, at least once a year you should visit his/her Tadt (monument) or grave site, it needs cleaning, and upkeep. As you can see, many take the opportunity to visit during this Boun event; it is extremely nice to see fresh cut flowers by the Tadts, and one incense stick is all you need to summon and communicate with a spirit, and tell them that you’ve come to visit. 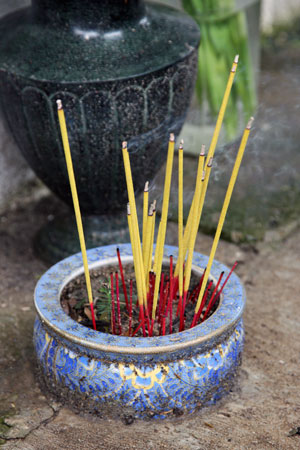 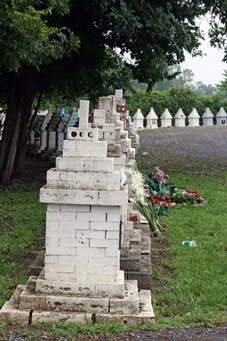 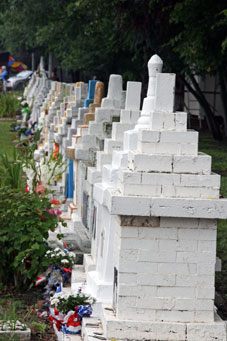 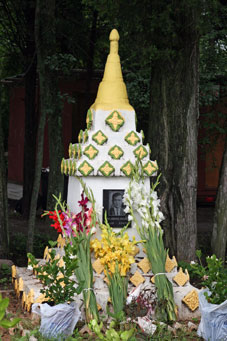 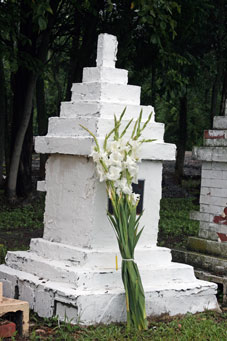 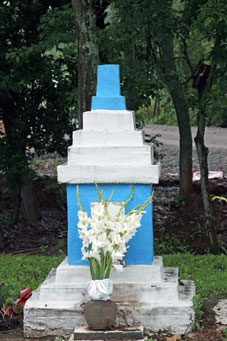 Right before I left on Saturday, there was another ceremony in the Sala Houng Tum, and this one is covered by Aui Vannasone Joy Keodara so we should be hearing about it soon, either at VOA site, or YouTube. 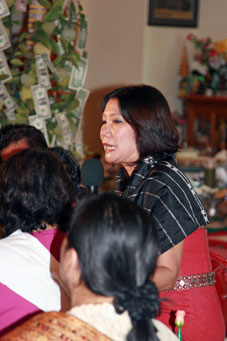