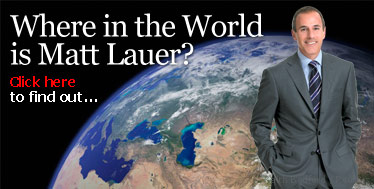 The land of Laos: Affordable and undiscovered, by Peter Greenberg, TODAYShow.com contributor

Not too long ago, Vietnam was like this — before diplomatic relations with the U.S. were restored in the 1990s. The same could be said for Cambodia. Both Vietnam and Cambodia have recently exploded as tourist destinations.

And now it’s this former kingdom’s time to enter as a preferred destination in Asia. Ten years ago it was a backwater country, still trying to recover from its own 1975 revolution which ended a 600 year-old monarchy.

The government — slowly but surely — has opened the doors to the outside world. And the world is curious to see what is there.

Laos is a landlocked country between Cambodia, Vietnam, Thailand, Burma and China. It’s lifeline is the Mekong River, which forms a large part of Laos’ western border with Thailand. Centuries ago, it was the Kingdom of Lan Xang, or Land of a Million Elephants.

On the surface, little has changed. Laos is still a farming country specializing in rice. The official language is Lao, but English is widely understood in the cities.

The best part about traveling to Laos is that it’s affordable, but not overrun with tourists. But word has spread about Luang Prabang “the Shangri-La of Southeast Asia,” so it’s more developed and filled with backpackers and vacationers. This 700-year-old town can get very crowded, and it is quickly transforming into a more structured, organized tourist destination. But not all travelers make it to the current capital city of Vientiane; southern Laos is practically undiscovered so you’ll find even fewer crowds and better deals in places like Pakse. 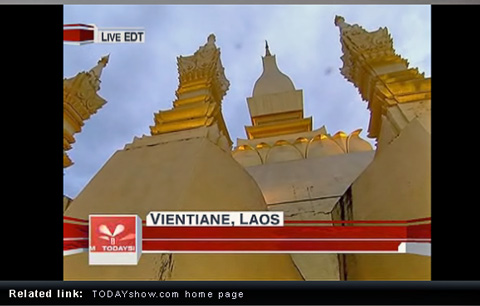 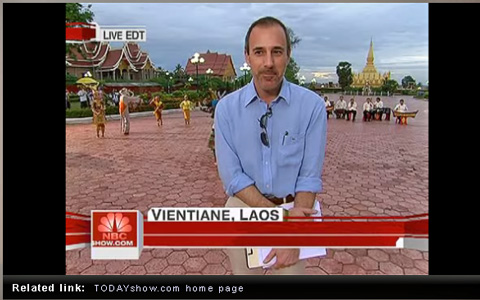 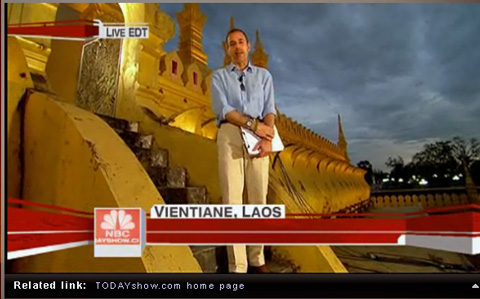 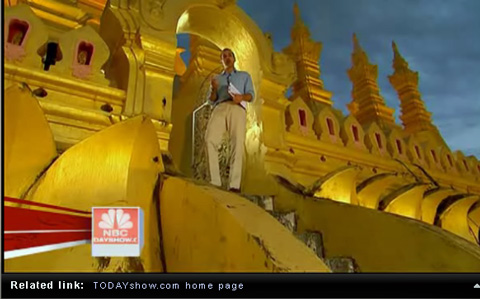 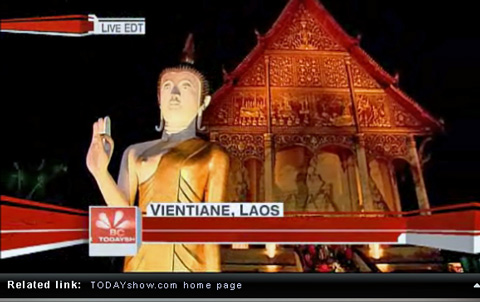 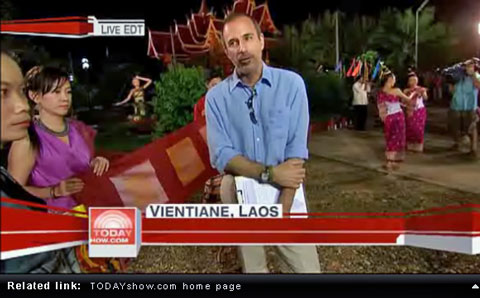 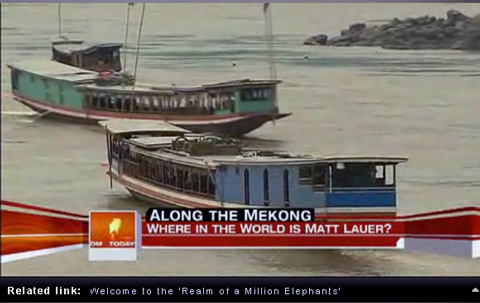 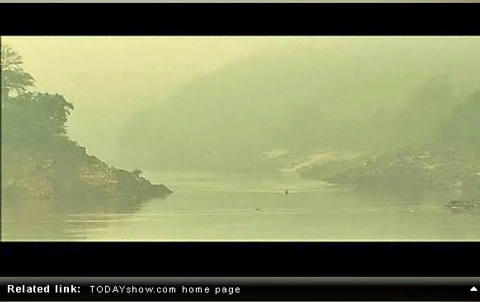 4 thoughts on “Broadcast of The Today Show from Laos”