I went to see one of my favorite bands Pong Lang Sa-On, I like them mainly because they have great voice and their music is somewhat comical, and sure enough, their concert was load of fun. This was their first time in the US and their show on Saturday was never shown anywhere before so they asked the audience not to video the concert but I saw some that’s still filming it anyway, so wouldn’t surprise me if it were in Youtube or something along that line. 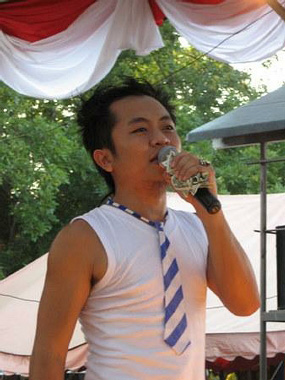 It was quiet a long drive for us to get to Wat Lao Buddhavong of Washington DC, so we arrived on Friday afternoon and stayed at a nearby hotel. All my sisters were there so it’s like a family get together and my dad saw many of his old friends from Laos. Pong Lang Sa-On concert started at 3 pm and this isn’t my first time seeing a concert such as this, but first time for this band. I believe that they’re quiet famous in Thailand, but the temple was able to get a hold of them because it’s a special event to celebrate 70th birthday of Ven. Bounmy Kittidhammavanno. The concert was packed, we didn’t get any seating because it’s first come first serve basis but we brought our Sard (mat) with us to sit on, and it was big enough to share with other people as well, it brought back a lot of my childhood memory of concerts in Laos and Thailand. 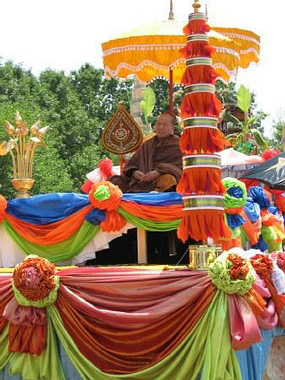 There were other Lao singers there also but somehow most people didn’t hang around to see them, might be because it wasn’t much of a show, they mainly stood there and sang. Pong Lang Sa-On on the other hand had their own show, they were hilarious, the lead singer, Id was extremely nice, I took some pictures with him on Friday evening while they were practicing. Surprisingly during their concert on Saturday, the singers and dancers felt comfortable enough to come down to see the audience and I don’t think that they were able to do this in Thailand, and the audience were very polite, I think something to be proud of and they represented Laotian American audience well (not that I’m patting myself and others on the back here). 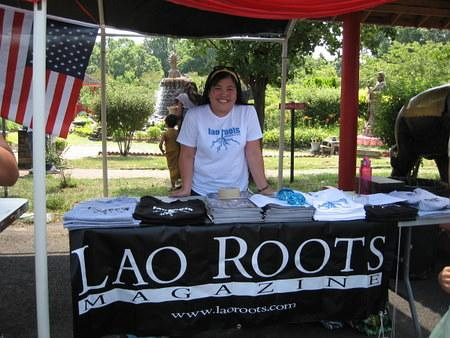 I also ran into Meiling Arounnarath from Laoroots Magazine, extremely nice lady and I purchased a t-shirt and April-May 2007 issue which I finished reading by Saturday night, a very interesting Lao magazine, but I do have to say that the contents are somewhat geared toward adult, the topics are a bit too serious for young people, but might not be for those that like to read, overall it represents the Lao community well.